D is for Dawn

This month I'm participating in A to Z Challenge, where 100's of bloggers around the world challenge themselves to write every day for the month of April, working their way through the alphabet.  I'm stitching the Buffy The Vampire Slayer alphabet cross stitch pattern (available from my Etsy store).  Each day I will share that letter's stitching, as well as a bit about the relevant character.
D is for Dawn Summers 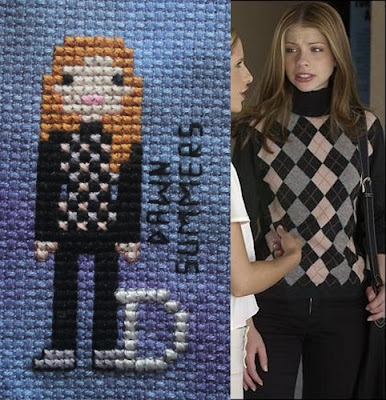 For the first 4 seasons (and one episode) of the show, Buffy was an only child.  At the end of the first episode of season 5 we are introduced to this young, brown haired girl standing in Buffy’s room.

Joyce: Buffy, if you’re going out, why don’t you take your sister?

All of a sudden, there was Dawn, the kid sister we never knew Buffy had.  Everyone else on the show seemed to know that Buffy had a little sister.  They had relationships and fully developed story lines with this child and the audience was left going “who? What?  What did we miss?  When did this happen?”


Dawn was originally a mystical ball of energy known as “The Key” which could be used to open the doorways between hell dimensions.  In order to hide The Key from a goddess called Glorificous, a group of monks transformed The Key into a person and sent her to Buffy for protection.

Monk: For centuries it had no form at all.  We had to hide the key.  Gave it form, molded it flesh, make it human and sent it to you.  We knew the Slayer would protect. [Memories] we built them. [She’s] now human.  And helpless.  She’s an innocent in this.  She needs you.

Buffy: She’s not my sister?

Monk: She doesn’t know that.

After defeating Glorificus (and Buffy dying for the second time) Dawn becomes an ordinary teenager, with all the usual angst and problems that entails when you’re going to school on a hellmouth.


Dawn is a character who garnered a lot of mixed opinions and reactions over her time on the show.  Some people loved her, some people couldn’t stand her, some people just couldn’t understand the point of her.  I always liked Dawn.  She was different from the others, being younger and therefore more innocent.  She was probably the most flawed of any of the main human characters – she was a kleptomaniac and she self-harmed and stuffed up beyond belief (she was in her early teens).  She opened the way for new relationships and interactions from other characters – here was a person they could be protective of without seeming condescending.  And as an older sister, I loved seeing the relationship between Dawn and Buffy – they irritated each other, they teased each other, they snapped and yelled at each other, they had fun together, they laughed and had their own private jokes, they protected each other, and at the end of the day, they loved each other.

Happy Stitching!
Posted by Unknown at 08:00 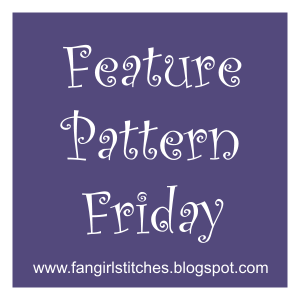 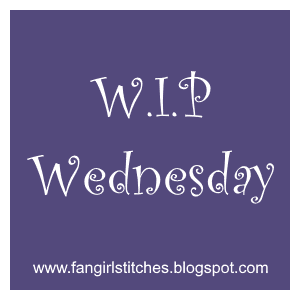